Join us as we explore some the most remote areas in North Western Australia and the Northern Territory. The wildlife should be be plentiful and the scenery and sunsets spectacular.

This trip is full of highlights however our detour off the Tanami Road to Mulan and Lake Gregory is one of the most exciting. This lake system is recognised as being vitally important for migratory birds traveling to and from Australia. A wide range of bird life has been recorded around the lake, including the Black Necked Stork, large groups of Brolgas, Black Swans and Spoonbills. Wild horses and dingoes are commonly seen, and the lake is also home to a variety of other mammals.

Our visit to Newhaven Station is again one of the regions must do’s. Newhaven Station is a wildlife sanctuary co-managed by Birds Australia and the Australian Wildlife Conservancy. Situated at the junction of three bioregions (the Great Sandy Desert, MacDonnell Ranges and Burt Plain), the station is home to a diverse array of arid zone plants and birdlife. At least 15 nationally threatened species of plants and birds call the area home.

The station also hosts an abundance of bird life; 138 species of bird have been recorded in the area. Intriguingly, Newhaven is also the site of one of the latest sightings of a pair of Night Parrots, who’s habitat remains intact due to the unusually conservative stocking rates and careful management of the area throughout the years. There have also been a number of small to medium-sized mammals recorded on the station. 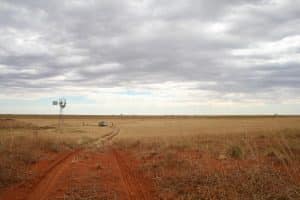 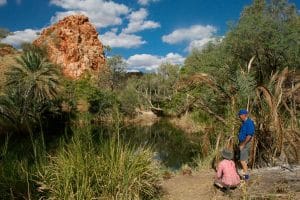 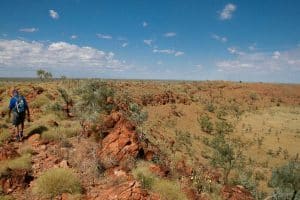 “Having now taken two trips with Coates Wildlife Tours and both having been so successful, yet so different I could do no more than highly recommend them to anyone wishing to see Australia. Travelling with Coates gives maximum return for every dollar spent and leaves impressions of Australia which one will long remember. One golden rule worth remembering is when you are onto a good thing stay with it. When you give them a try I’m sure you will feel the same way about Coates.”

“Congratulations on your business and choice of leaders. The trip was all it was advertised to be and more, plus the knowledgeable and caring leaders made our trip a happy get-together of keen naturalists. Thank you.”

“Red & Diana provided a wonderful trip for us. We have traveled with them before and knew them to be excellent tour guides so our expectations were already high. We were not disappointed! We appreciated the opportunity to stop whenever requested. Nothing was too much trouble for either leader. The provision of a variety of reference books in each vehicle was invaluable. The vehicles were spacious and comfortable with room for each person’s day requisites. Overall it was their enthusiasm for the environment and their concern for the well-being and enjoyment of individual participants that make Red & Diana such good team leaders.”