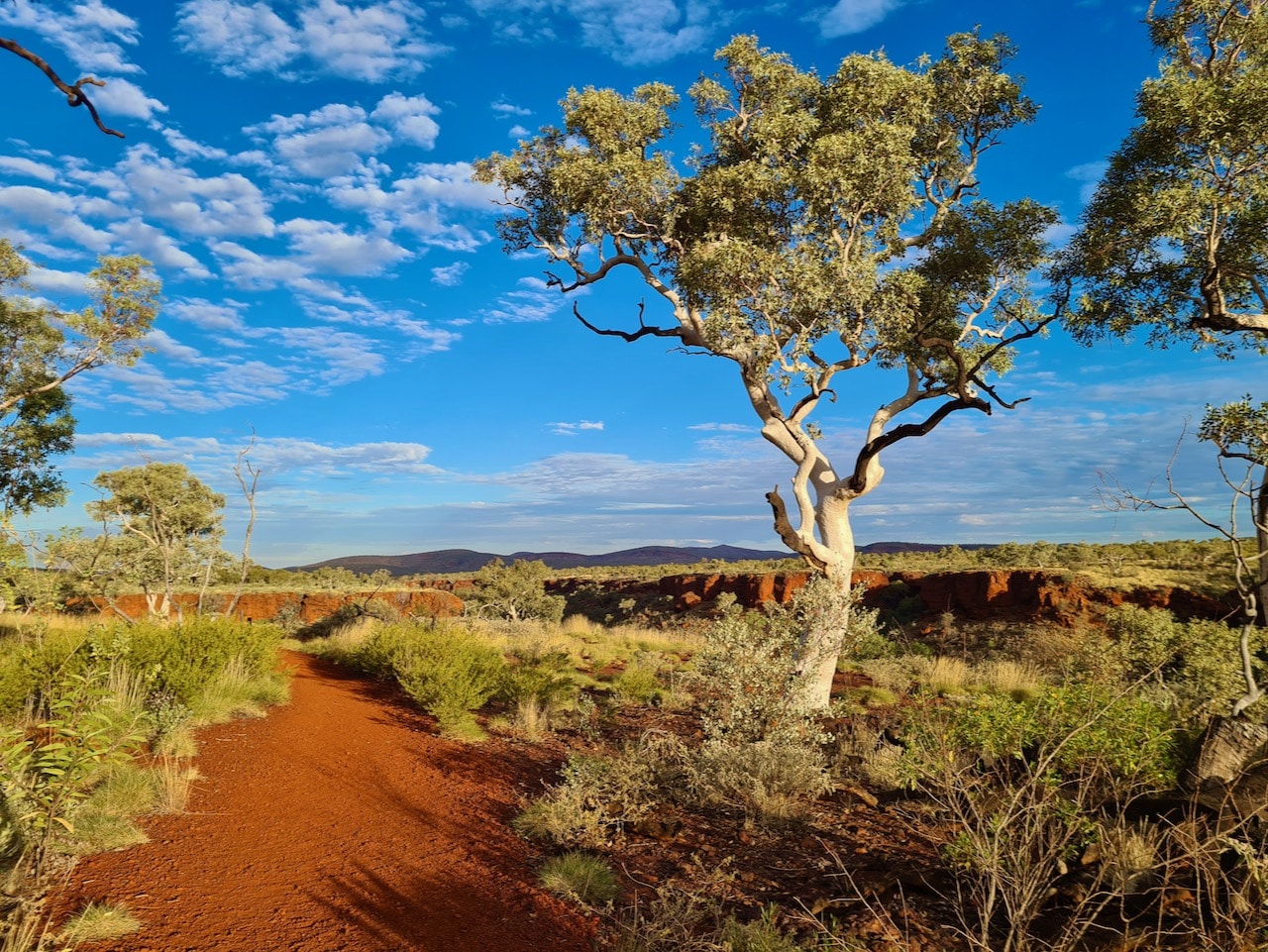 The Pilbara is fascinating at any time. The wildlife is abundant, and the scenery is striking; green covered hills, red soil and refreshing rock pools.

The Abrolhos Islands consist of 122 islands, approximately 60 km off Western Australia’s coast. The marine environment surrounding them is a meeting place for tropical and temperate sea life. It is also one of the most important seabird breeding sites in the world. More than 90 seabird species have been identified on the islands.

Ningaloo Reef is one of the world’s most extensive fringing reefs and is home to 200 species of hard coral, 50 species of soft coral and over 500 species of fish. It’s a great place to swim, snorkel and enjoy a cruise in a glass-bottomed boat. Colourful coral communities make up the reef while sea creatures thrive; sharks, dolphins, whales, whale sharks, birds, turtles, fish and more!

Karijini National Park has some of the oldest rocks on the continent and contains many beautiful gorges and rock formations. The park is also home to approximately 800 plant species. Two small, carnivorous marsupials are endemic to the area, the Pilbara Ningaui and the Little Red Antechinus. Other marsupials that call the park home include the Western Pebble-mound Mouse, Rothschild’s Rock-wallaby, Red Kangaroo and the Common Wallaroo. 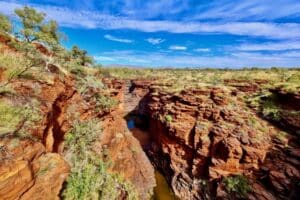 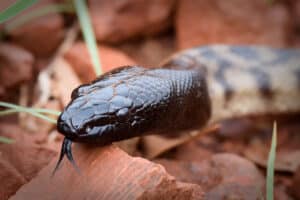 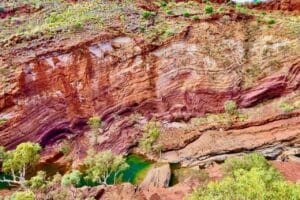 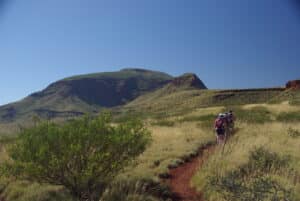 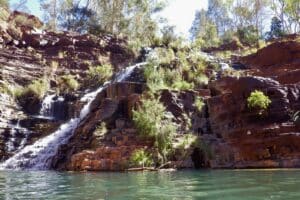 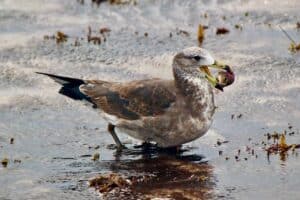 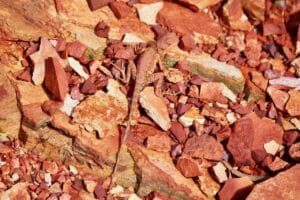 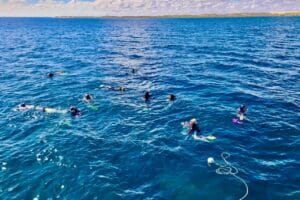 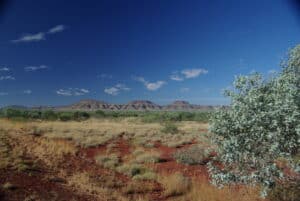 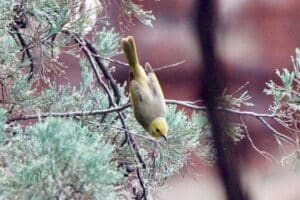 N.B. Accommodation is in traditional motel/hotel accommodation with private facilities and air-conditioning, with the exception of Cheela Plains and Karijini Eco Retreat. Due to the remoteness of these locations, motels/hotels are limited or unavailable. Accommodation at Cheela Plains is at a station stay with air-conditioned quarters and shared bathroom amenities. Karijini Eco Retreat provides basic solar powered cabins without air-conditioning and shared ablutions instead of private facilities. Please see trip dossier for further information.

Thank you very much for such a thoroughly enjoyable and excellently organised trip to the Pilbara April 2016.

I set out with the idea, that I may have had to settle with sitting at the top of the Gorges. Thanks to your determination and Patrick’s skill in helping me to get into Dale Gorge and Kalamina Gorge, the goal of getting me into and out of Dale Gorge, more particularly, was achieved. I very much appreciated Patrick’s assistance, especially at times on the return, when he was literally walking backwards. I had learnt about grasping the helper’s wrist when tackling gorges in 1999 when I was tackling Bell Gorge with friends. It was very good to have Patrick’s wrist always available if necessary. I was certainly delighted to find a beautiful, cool and refreshing place as Fern Pool. It was no hardship to spend a few hours there.

I feel sure you must have been very pleased with the way in which the vehicle performed. I was so impressed with the way in which everything fitted into to its place, which must have been the result of years of experience and planning. Congratulations! As passengers, I think we all settled into it very well and were very comfortable. I really appreciated the availability of good fruit and the great meals.

I cannot recommend Coates Wildlife tours highly enough. I am now very happy to be able to tick Coral Bay and Karijini off “my list”.”

“Sylvia and Tom, just a brief note to say what a wonderful trip that was!

Red and Wayne are fantastic group leaders – knowledge and experience plus lots of patience, tolerance, good humour and helpfulness is a set of qualities that is hard to beat. Plus Red is an excellent chef.

The country, birds and weather were all magnificent too. Marvellous trip – I feel hugely refreshed and inspired. Thanks all round.”

“A quick note to let you know how much I enjoyed my trip to Karijini and the Pilbara recently. Rick was wonderful and worked so hard to make sure we all enjoyed ourselves, as did Mike.

They both made a big effort to look after the two oldest codgers on the trip (Mal and me) and gave us the confidence to tackle the gorge walks. As a result, Malcolm only missed out on one and a half walks, and I only the half walk. We enjoyed the thrill of seeing the gorges fully, knowing this will be the last time we will probably be able to do this. I will never forget the beauty we saw and have told many since returning of our experiences.

Please thank Rick and Mike for helping us in so many ways, AND saving us from an embarrassing rescue by the Flying Doctor, should we have fallen somewhere awkward! Our best wishes to Rick and Mike and to you both for providing such lovely experiences and opportunities to travel in your beautiful state of W.A.”

“Thanks for the great trip to the Pilbara. It was one of my best. As always enjoyed your hearing about the plants and wild life from you.”

“Accommodation was good and meals very good. Wayne was a very enthusiastic naturalist and Red was a particularly caring driver and caterer.”

“We loved all the history along the way and found the entire coastline to be so very interesting.

As always the leaders (Red and Wayne) knocked themselves out to make sure we saw and did everything at a suitable place and for maximum enjoyment.”