This unforgettable tour looks at the natural history of the breathtakingly beautiful lower South Island and Stewart Island. It includes three of the country’s national parks plus the unspoiled coast of the Catlins region, the Otago Peninsula.

You will visit the pristine Nothofagus beech forests of the Ohau and Mt Aspiring regions, home to many of New Zealand’s native birds such as the Tomtit, Bellbird, Rifleman, South Island Robin and Tui.

Your naturalist guides also know the places during the trip to search for endangered birds such as the Yellowhead, Black Stilt, Wrybill, New Zealand Falcon and Yellow-eyed Penguin.

On the Otago coast you will find colonies of NZ fur seals and endangered Hooker’s Sea Lions that have finally returned here to breed. The Catlins coast is particularly spectacular, comprising the last stands of east coast temperate rainforest that are home to many bird species. On past tours in Stewart Island, NZ’s newest national park, we have seen endangered birds such as Kaka, Saddleback, Yellowhead and Red-Crowned Parakeet. We finish the tour back in the high alpine environment of The Remarkable mountains and the Mt Aspiring National Park.

Your guide is Martin Curtis, a well known New Zealand wildlife enthusiast, adventurer, mountaineer, Himalayan trek guide and folk singer. Martin knows this part of the South Island very well, having climbed many of the mountains and explored the valleys. Martin will be joined by his brother and our Coates senior naturalist guide, Rick Curtis.

Although this is not a walking tour, some walking is necessary to get to the places where the flora and fauna are at their best. 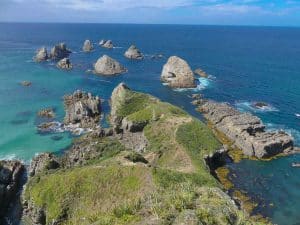 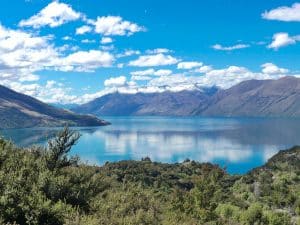 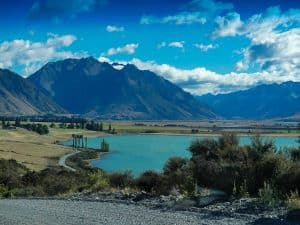 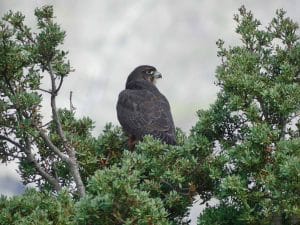 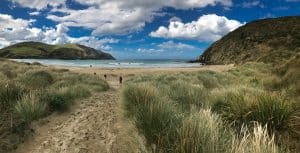 NB: The above itinerary may be varied according to weather or sea conditions.

Although this is not a walking tour, some walking is necessary to get to the places where the flora and fauna are at their best.

“We wish to thank you for such a wonderful holding and for your generosity, thoughtfulness and caring way towards everyone on the tour.
What an amazing trip under the guidance of Martin and Ross. So memorable along with new friendships made.
Our warmest wish to you both for producing such a wonderful adventure.”

“First I would like to thank you for a wonderful trip we had to the South Island of N.Z. in February.

Stunning scenery, wonderful birds, great company, our guides Martin and & Rick, were not only skilled and willing to inform and share their amazing knowledge but always went the extra mile to look after us.

This was especially appreciated by me as I have some dietary challenges, these were always very thoughtfully met. This was truly an unforgettable experience.

Wishing you safe and happy travelling”.

“I have just returned from N.Z. and wish to tell you how much I enjoyed the whole tour. It was well planned and provided a variety of experiences and enjoyment.

I would like to compliment our guides, Rick and Martin, who were a wealth of information and were great company. Nothing was too much trouble to them. They gave assistance when needed and provided us with much local information.

This was a fantastic introduction to N.Z., this being my first visit. I would like to send my compliments to everyone at Coates.”

“I know it’s a couple of months since the NZ tour, but I’ve been meaning to send you some feedback. I had a lovely time and really felt that I’d been taken to places and shown things that I would never have gone to or seen on my own.

I was impressed at how many rare birds we were able to see in their natural habitat, but it was also nice that, for members of the group who couldn’t do the more strenuous things, we also managed to get good looks at most of them in wildlife refuges like Ulva Island. Seeing the Mohua in the beech forest, the yellow-eyed penguins hopping down their little path to the beach in the dawn, the kiwis and fern bird on Stewart Island, were all very special moments. It was also lovely to get such close up views, and even interactions, with more common birds like robins, tomtits, riflemen and fantails – I like to be able to really see a bird, not just put a tick on a list. It was good to see birds in their natural environment, doing their characteristic things – spoonbills spoonbilling, for instance.

The guides, Martin and Rick, were lovely. Martin’s local knowledge and his ability to communicate his enthusiasm for the mountains, keas, history and the NZ environment was inspiring. I also felt totally secure with his driving. Rick was so good at finding and identifying birds, and particularly at making sure that everyone who wanted got a good sighting, while at the same time balancing the time demands of birdwatching with keeping the group moving and not boring the non-twitchers. I liked the way they accommodated the varying enthusiasms and abilities of the group, so that the people who wanted to do a bit extra could, but the people who didn’t weren’t pushed to conform. And the music was wonderful – a totally unexpected addition to the tour that made it really special!

I had a lovely holiday, saw some beautiful scenery and fabulous birds, enjoyed some great walks, and generally had a good time. A big thankyou to Martin and Rick for their hard work, patience, enthusiasm and music. I would recommend this tour to my friends.”